We Repair, Solve and Permanently Fix All Types of Drainage Related Problems

Audio Message from the Owner

Drainrock Industries ensures that from the first call to the free on-site visit and written quotation that follows, you will have all the information to make the correct, informed decision on all your drainage needs. For many of our services we have adopted standardized pricing which allows us to accurately provide firm quoted pricing regardless of where you live.

We recently contracted Drainrock to help us repair and flush blocked patio and perimeter drains. Our front patio has a central drain that turns into a lake whenever it rains. After several years and many attempts to clear the connected "Big-O" pipes (which I personally think should be banned from use), I decided to replace an old 30 foot section with new 4 inch PVC pipe.

Drainrock (Bob), came to discuss the work and provide a quote. The following week, two of his crew (Brendan and Nick) spent a day digging, installing new pipe, and doing a very thorough job of cleaning all the perimeter pipes on that side of the house.

We couldn't be more pleased to have the work done and the way they did it. Being a bit picky about quality work and value, I tend to expect something to go haywire but every step of the process went smoothly, and all of the Drainrock people were easy to work with and helped make the job a success.

The only minor glitch was with a missing connector they needed for their flushing pump but Brendan was able to find a substitute part and it didn't cause any significant delay.

If we have any other drainage related problems in future, Drainrock will be our first choice and we are happy to recommend them to others.

Five years ago our basement flooded and Drainrock responded very quickly for cleanup and installation of an outdoor sump. They also did a video inspection of our 80-year-old perimeter drainage. Finding several broken or cracked tiles, they said the system would still function but suggested a complete replacement when possible. That project has just been completed.

Bob Wilde's quote included an estimate of 10 days, and they were finished on day 9. The project was fully done to code and passed a City inspection with no problems.

We've lived in the house 28 years so there's a lot of plants that could have been damaged during trenching, but we were most impressed with the care they took to work around them. In our estimation, Drainrock minimized plant loss about as much as was possible.

Our second project with Drainrock Industries was just as satisfactory as the first one five years ago, and we fully recommend them. 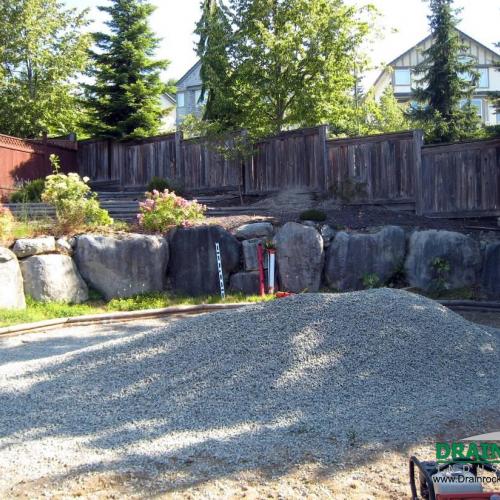 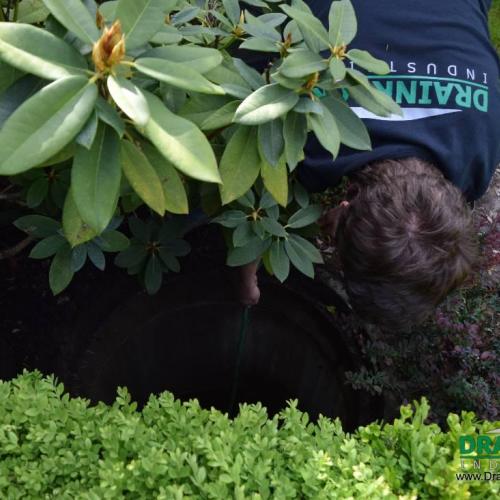 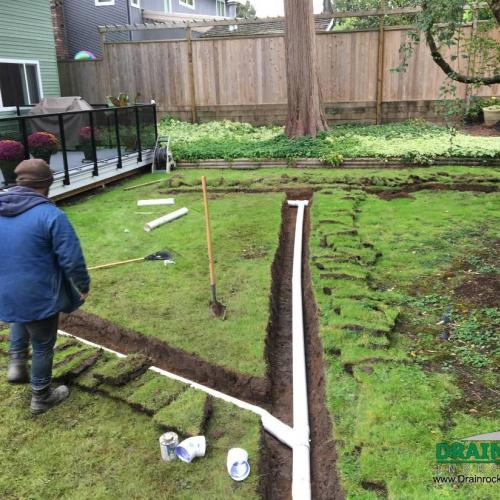 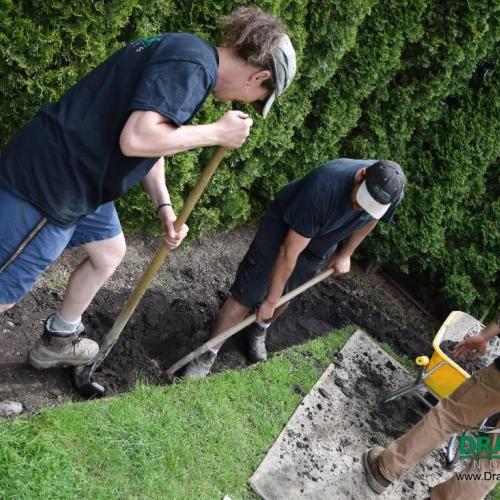 Why you need perimeter drainage inspections

Shell Busey of HouseSmart Network speaks with Bob Wilde from DrainRock Industries about perimeter drainage and why it is very important to have it inspected regularly.

Our Promise To You as Home Owner | Mission Statement

No matter how large or small the job is, our company promises you will receive:

Your Local Drainage Contractor with Fair, Accurate and Competitive Pricing

Drainrock Industries is your trusted family owned and operated company that specializes in doing the job RIGHT the first time. Our team inspect perimeter drainage and can correctly diagnose and repair problem areas such as:

We assess the problem area and give a detailed analysis on the root of the problem with the aid of a video inspection camera and hydro flushing equipment. Then outline a solution and implement it to permanently fix the problem. Our service area covers entire lower mainland from Horseshoe Bay to Abbotsford, including Vancouver, West Vancouver, North Vancouver, Richmond, Surrey, Burnaby, Coquitlam, Port Moody, Pitt Meadows, Maple Ridge, White Rock and Langley.