My 1920 house flooded as a result of the heavy rain and needed a total drain tile installation/repair. I called up several companies. I ultimately chose Drainrock because of the Homestars reviews and that they were the only ones to provide a membrane in addition to tar at a reasonable price. Bob was very knowledgeable and answered all my questions. Rylan was on site all the time. They exceeded my expectation on 2 areas: 1) it was done faster than what other companies quoted. There were 5 guys on the project. This was important because digging up the drainage was disruptive, and 2) they were able to work around the plants. I was concerned that several rhodos needed to be moved. All in all, even after all the recent heavy rain, I have the peace of mind that my drainage for my heritage house is in good order. Thanks Drainrock!

I normally don’t write reviews but thought it was important to do so.

I’m an overseas home owner and have been managing my properties abroad for 10+ years thus, it’s important to have a good network of trust worthy people to help with repairs etc.

My house is in Coquitlam and Drainrock was referred to me by drainage/restoration group based in N.Vancouver.

My basement/ foundation was leaking for a couple of weeks off and on. I contacted approx. 5-6 of the big names in plumbing, landscaping, restoration/ drainage as I didn’t know what kind of problem I had - as it could have been anything.

All of the groups told me that my drainage system had collapsed and that I should replace it immediately and quotes ranged btw $20K-50K to replace my entire drainage system - with warranty.

That being said, my basement had leaked a couple times before over the last 10 years so I thought it was very odd and thought it may have been a leaky pipe or the too much water in the back yard was causing my system to overwork and thought it was a bit odd that I might need a replacement all of a sudden.

Long story short - Drainrock dug a test hole, hydro flushed and video inspected to find a root blockage near the driveway by the retaining wall. The blockage was backing up water that was leaking through drain holes drilled through the retaining walls. They removed the root blockage and put a couple more holes in to increase water flow. Water is now flowing out the outgoing line and into the city storm - All fixed now.

Drainrock Industries helped take sting out of our very large and unexpected home project. The entire team was professional, hardworking, knowledgeable, and willing to go the extra mile.

My husband and I contacted almost a dozen companies, and only two showed up and provided full quotes. One of them was Drainrock. What won me over was the knowledge that Bob had about the various code requirements of the area, and of the changes that have taken place over the years. He discussed my options, areas of concern, and addressed the big picture (like the fact that I would have no backyard by the time they were done). He also didn't burden me with comments about how hard the work will be, or logistics. I would say I asked more questions than most, but always got prompt and direct responses to every question.

The crew showed up on time every single morning, and worked hard. They left the site free of garbage and debris. I almost missed having them around when the job was over.

I would highly recommend that anyone needing work that Drainage Industries can attend to, should book an initial meeting/quote and see for yourself.

Solved serious problem of water flowing into our crawlspace

For years we had an issue with water in our crawlspace. After trying some of my own solutions to no avail, I relented and sought professional help. Our first quote was for a system that would trap the water in the crawlspace and direct it to a sump where a pump would pump it outside. Drainrock offered a better solution of redoing the perimeter drainage, relying on gravity to remove the water before it could enter the crawlspace. And, at a better price. The company and employees were very professional and respectful of our property. the work was completed on time, on budget, and as promised. I would definitely recommend this company for quality work! Bought a new home to us at the peek of the real estate market last year. Quickly we learned we had drainage problems. Bob from "Drainrock Industries" came assessed our problems. He gave us a couple options and quote for correcting our problem.

His crew arrived in the next days to tackle the project. They were nothing but respectful of the job at hand and how the job affected our neighbours. The crew work like a team getting the job done right and quickly. Cleaned up, looked like they had never been here.

My wife is happy to see water is moving in the right direction. We Highly Recommend Drainrock Industries for drainage needs.

His team who installed the drainage was professional and personable. Three months after our drainage was installed we are still happy with the work that was completed and what a pleasure it was to deal with Drainrock. I would definitely recommend Drainrock to anyone who requires drainage work.

This is our second time using Drainrock Industries. The first time was for a clean-out of out perimeter drain tile system and this year we had a flood from a water line break and so we had the drain area cleaned out as part of the clean up following that problem.

We have found them prompt, efficient and always courteous. We appreciated that the issue was explained and an affordable solution was presented. We would highly recommend them.

Couldn't Have Been Better - They did the wet basement repair work in one day, when it was heavy rain

We had a crack in our basement foundation, undernearth a window in the window well. Over Christmas it started letting water in.

We had to make our own arrangements as not covered by insurance (wear and tear ... joke), so asked four companies for quotes, two never replied and I just had a better vibe with Drainrock who came out quickly and fitted us in.

They did the work in one day, when it was heavy rain. Once they dug the hole out to repair, it was a complete mess with piles of mud and rubble. Couple of hrs later it was perfect, as if there hadn't been here.

Great service, attention to detail and explained the process in detail. They also fixed a drain issue elsewhere while they were there.

Really pleased with their service. 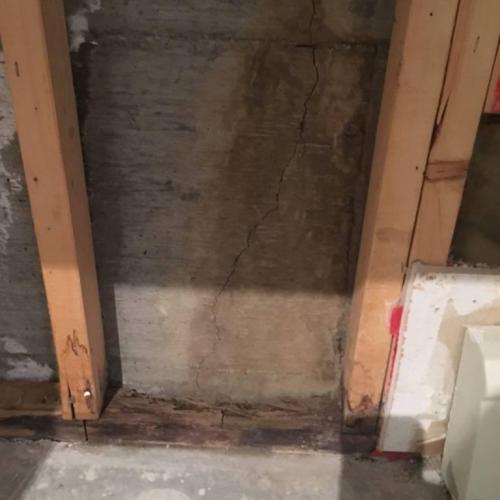 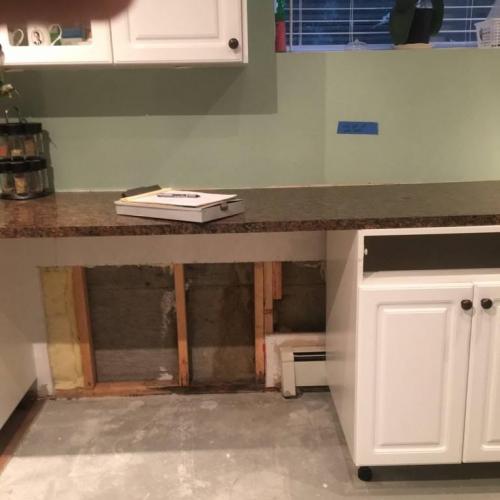 No hidden surprises and costs for good quality drainage service

We hired Drainrock to flush out the perimeter drains, sumps, catch basins and outgoing lines to the municipal storm connections for our townhouse strata complex. We were provided with a detailed written estimate outlining the work to be performed and the time frame to complete the work and everything was done in accordance with that estimate and time frame.

There were no hidden surprises and no hidden additional costs following completion of the work. Both Bob and his foreman were very responsive to all our questions and they explained what they were doing as they were doing it which was very much appreciated. They also provided us with a written report summarizing their work which is a great record for our strata complex.

Drainrock’s team of workers were all professional, efficient and courteous and I would not hesitate to recommend Drainrock to anyone needing drainage work done. Our catch basin had been clogged for a little while, and we had a pump installed between the catch basin and the first down-pipe to bypass the damaged and clogged pipes. I had to use the pump during heavy rain days, and middle of the night if necessary to avoid flooding in the garage.

Bob came, discussed the problem and provided me with his professional opinion and a free quotation the same day.

On the scheduled day, Rylan and the crew showed up and started working right away. They saw-cut and removed the concrete, dug a trench, removed damaged tiles (badly damaged by roots), installed new pvc pipes, hydro-flush the perimeter piping system, back-filled the trench, repoured concrete and finished with a nice clean up.

Thank you Bob, Vanessa, and especially Rylan and the hard working crew, got it all done in a day and at cost as quoted.